Home » Kratom Wiki » Kratom, Kava & Coffee – Here Is Everything That You Need To Know 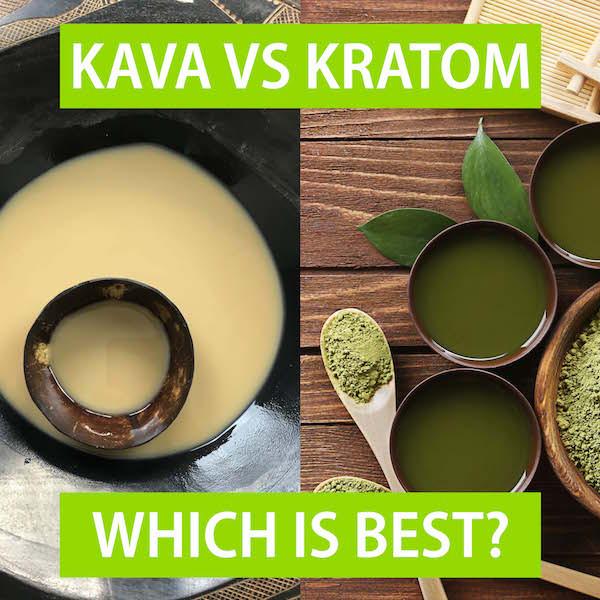 Kratom, Kava & Coffee – Here Is Everything That You Need To Know

Before we can look at how kratom, kava & Coffee work in the human body to produce the anticipated effects, we will go back to the beginning.

Kratom, also referred to as Mitragyna speciosa, is an evergreen tropical tree in the coffee family. The tree is native to Southeastern Asia, and it has been part of the people’s culture for thousands of years.

Because of the growing international trade, Kratom is now available in most countries globally, and its popularity is growing relatively fast.

Classifying Kratom is no easy task — there are many different systems people use to differentiate one Kratom from the next. There are four main classifications people use to determine Kratom to estimate the effect profile:

These classifications are just a rule of thumb, and there are plenty of exceptions to the rules — which is why the variety of Kratom is so tricky.

Kava, also known as Piper methysticum, belongs to the pepper family. It is native to the Western Pacific Island, especially Vanuatu, Papua New Guinea, and Hawaii. In these regions, Kava is part of their tradition and is mainly used for cultural ceremonies and religious rituals. It is also a popular beverage offered in Namakals (social bars), and many people see it as an alternative to alcohol.

A closer look at the name “kava” indicates that it is from a Polynesian term “awa,” which means “bitter” in English. Kava is known for its earthy and spicy flavor, which some people liken to beer.

Coffee beans are the pits of the coffee tree fruit.

The coffee tree (Coffea) is an evergreen, a small tree or a shrub that grows in the tropical climate region. The coffee beans are not beans, and they are the pits removed from the coffee cherries. Coffee is a natural stimulant creating a mild addiction and is associated with many health benefits.

Where is the original harvest kratom located?

Original Harvest Kratom has been highly rated in North America and even internationally due to its highly potent Kratom. They have toiled quite a bit to gather Kratom of the best grade from organic farmers in Indonesia and supply it to the rest of the world.

These collective efforts have helped them obtain Kratom as a medicinal herbal product for its relaxing, sedating, and analgesic properties.

Original Harvest Kratom has various Kratom products ranging from Kratom powder, capsules, and even leaves that are great for anyone who loves conducting brewing experiments.

Are Kratom and Kava the same thing?

While Kava and Kratom may be offered alongside one another at your local kava bar and online, it is essential to know the differences. Kratom has shown to be highly beneficial for specific individuals and uses but can be addictive and could face a future ban by the FDA. On the other hand, Drinking Kava has no addictive properties, is ingrained in cultural and ceremonial traditions of the countries and islands where it is grown, and is gaining acceptance and popularity as a natural way to relax throughout the U.S.

We all know those delightful beans that we cannot imagine our lives (and especially mornings) without! Coffee has been famous for years, but so has Kratom! With more and more people switching their daily dose of caffeine – for a daily dose of Kratom, it might be a good idea to learn a bit more about each of these products. Many people might not know that coffee and Kratom belong to the same group of plants, the Rubiaceae family – which means that, in theory, these two stimulants are very alike in their properties. Still, in practice, they are worlds apart when it comes to the effects they cause.

Kratom is a tree. The leaves are used as recreational drugs and as medicine. Some states ban Kratom in the U.S. due to safety concerns.

People use Kratom for withdrawal from heroin, morphine, and other opioid drugs, cough, depression, anxiety, and many other conditions, but there is no good scientific evidence to support these uses.