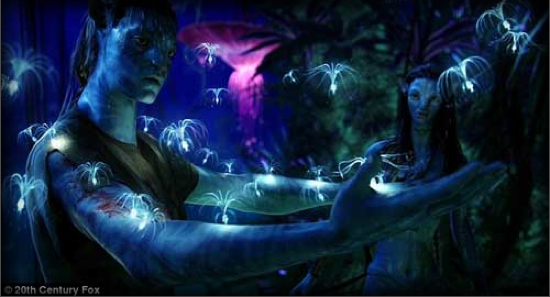 Marijuana triggered my first spiritual experience and was largely responsible for my spiritual awakening.  Salvia Divinorum demonstrated that Heaven truly exists. Naturally, I find it difficult to condemn the exploration of such drugs.

We’ve come quite a long way in accepting Cannabis.  Currently, 18 states and the District of Columbia have legalized medical marijuana, Washington and Colorado have legalized possession, and almost 30% of the nation has decriminalized possession it in some form or another.  More and more studies are demonstrating that Cannabis may offer an incredible array of medical uses, and that Hemp is a much neglected natural material.

While the health benefits of cannabis have been highly touted, little has been written of the spiritual benefits, as if it were still an inconvenient secret.  The stigma is still in place, fostered by decades of recreational abuse.  Western culture is rather schizophrenic about drugs.  We rush to the doctor for a pill to cure our ills, yet discount the possibility of spiritual growth through psychedelics.  We treat them irresponsibly, as recreation.

For example, MDMA, or Ecstasy, was initially regarded by therapists as a breakthrough tool for treating emotional and physical trauma, yet once it hit the street as a party drug, the potential for clinical use was quickly discarded, only now making an unconventional comeback.

Cannabis may yet turn out to be nature’s miracle drug; that doesn’t mean everyone should run out and smoke it.  If I’ve learned anything, it’s that different people will experience different effects.  Just because I experienced a spiritual awakening doesn’t mean someone else necessarily will.  My situation may have been unique, and when my ride had run its course, I quit.  It was no longer pleasurable.  It was never meant to be a lifestyle for me, just a spiritual journey, the impetus for awakening.

Like many people, I experimented in college, many years ago.  It was the 1980’s, and Nancy Reagan was promoting her “Just Say No” campaign.  My generation was already laughing at this simplistic slogan.  I was rather innocent at the time.  I was an honor roll student – I didn’t drink, I didn’t do drugs, and I had never had sex.  All that changed when I went away to college.

When I tell people about my early experiences smoking marijuana, they usually look at me funny like they don’t quite believe me, like the stuff I was smoking must have been laced with LSD.  And of course, I assure them that it wasn’t.  I never once hallucinated, or saw colorful visions, or thought my hands were melting.  LSD would have been way too much for me to handle.

Most users treated marijuana as light entertainment, a pleasurable way to spend a lazy afternoon.  When we smoked, my friends would giggle, but I didn’t get the joke.  My amusement was always laced with the profound.

The first several times I smoked, I experienced Gaia on a very intimate level.  I could sense energy fields all around me, especially from trees and plants.  I could sense their vibration.  Everything seemed more three-dimensional, more radiant and alive.  I felt more alive, as if I had awoken from a long sleep.  Everyday perception felt foggy, dull, and deficient in comparison.

There were many beautiful sunny days when I would lay on the grass and stare up at the clouds, when I felt something akin to Unity consciousness, completely connected to the Universe around me, experiencing endless peace and an ever-present divine love.   If marijuana had a religion, it might be a form of Pantheism, a belief that God is found in nature, that we reside within the consciousness of the Divine.  For that reason the energy feels feminine.

Image at top: Not unlike waking up on the planet Pandora, from the film Avatar.

There were days when I felt the presence of God in everything I saw and touched.  I was literally walking with God on my shoulder, and this deity taught me many things – that everything was symbolic, holding a layered meaning: that books, chairs, tables, trees, and little suburban houses all represented some larger concept that overlapped our pedestrian reality.  It was like living inside a computer program and learning a new language, a symbolic language of the subconscious mind.  Synchronicity became an everyday experience.

When I was experiencing all of this, I didn’t know anything about New Age spirituality, Synchronicity, energy fields, or Gnosticism.  I was raised with a  traditional Christian upbringing.  I didn’t have words for the things that I was experiencing, except maybe Science Fiction concepts.  It was an album by the band, The Police, “Synchronicity,” that introduced me to this term.  And yet one overriding metaphor seemed to apply to my experimentation – the Garden of Eden story, the temptation of forbidden fruit, and the gift of forbidden knowledge.  This is a major archetype of the psychedelic experience.

Cannabis has a long history of ritual use.  According to Wikipedia, its consumption dates back to 2,000 BCE, to India, China, and ancient Greece.  It was one of “five sacred plants” mentioned in the Atharva Veda.

My own spiritual lovefest with weed didn’t last very long – only a couple of months, off and on.  It’d be nice to pick up where I left off, to experience this vivid connection once again, but for the most part I’m unable to.  Brain chemistry adapts, something changes, the experience is never as good as the first few times… who knows.  What I do know is that using any psychedelic is merely the first step of a traditional initiation process into spiritual mysteries.  You can not live in that first stage of the quest forever.  You must move on.

For me, the door was permanently closed.  I was kicked out of Eden.  And then things turned dark, very dark.

There was a Shadowside to my marijuana experience.  Paranoia can, of course, be a side effect of smoking dope – one of the reasons they call it dope aside from the clumsiness, the absentmindedness, and perpetual laughter.  And my paranoia was epic.

Looking back, I was probably in touch with something dark, a negative spiritual entity.  I received this intense concept of a vast artificial intelligence that was trying to control the universe, that had imprisoned us on Earth.  Long before the film The Matrix arrived in theaters, I was experiencing it as a literal spiritual reality.  The Gnostics would have labeled this the Demiurge, the false god of the material world, of which the Archons are its minions.  I looked at nature, and I no longer felt connected and loved.  I saw darkness behind every brutal act of natural survival, a carnivorous circle of life. Everything became a crucifixion.  And this  entity was not unlike a deadly spider, tangling us in its web of lies.

There was a certain Eric Clapton song on the radio now and then, called “Cocaine.”  (I had no desire to try cocaine.)  Yet one verse of the song stuck in my head.  It was significant to me.

We used to refer to alcohol as “Spirits,” probably for a good reason.  People used to believe that you were susceptible to specific spirits when you imbibed.  Native tribes in Central America or the Amazon, who ingest peyote or some other form of psychedelic, are actively trying to connect with the spirit world, with entities attached to the drug.

There may in fact be a spirit of marijuana.  As spirits go, she is relatively harmless, she amplifies what you bring to her.  If you bring her light, she will shine a divine light.  If you bring her your darkness, she will magnify that darkness.  Yet she can be a trickster.  She will allow you to completely deceive yourself, making your illusion a grand one.  It’s a theory anyway.  I do believe we open ourselves up to the spiritual world when we ingest certain drugs which is why I often frown upon casual use.  I don’t think of it as entertainment.  My experiences tells me Cannabis is a spiritual tool, one that should be respected and used responsibly.  I wish that I had learned such respect and discipline during my brief honeymoon with marijuana. 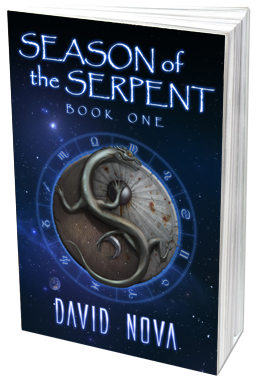 My experiences were the source material for my fantasy novel, Season of the Serpent.  While fictional, the story is somewhat autobiographical, how I found myself surrounded by Synchronicity, propelled into a larger reality, one that I wasn’t quite ready for.  But then we’re never quite ready for transformation, until we pass through it.

I was constantly surprising myself as I wrote it, as if I were channeling something bigger than my own story.  Not Truth with a capital “T”, but rather metaphorical truth.  You may find you reach a place where the idea of truth and deception become indistinguishable, where it’s all about listening to the wisdom of your  heart, and not your head. 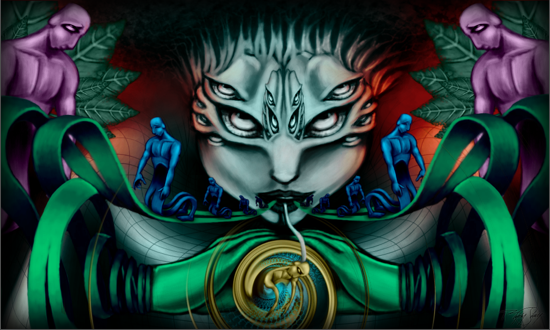 The only other psychedelic I have ever experimented with was Salvia divinorum, which you can still buy legally in some states, which will produce a very short hallucinatory experience.

This is definitely not a recreational drug.  People who ingest this drug report all sorts of strange experiences, from an induced out of body experience, to communicating with bizarre, multi-dimensional alien entities.  The experience typically lasts a few seconds to a minute, however the perception of time is quite a bit longer.

As most people will report, this is not a pleasant experience, so I never attempted a second trip.  I’m not sure if I ingested enough to induce a full out of body experience, but I certainly felt the unforgettable discomfort of my soul trying to break free.  The sensation itself was strangely horrific.  I felt as if I were tangled up in a web of dark cables, like black rubber bands, which were trying to prevent my consciousness from escaping my body.  It was quite unpleasant.  Yet, I was standing on the threshold, and I sensed so much that was just beyond the veil. 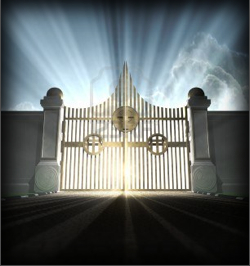 This was the really interesting part – I sensed that there really was a Paradise hidden on the other side, just out of sight.  I could feel the periphery of it, as if it were just beyond my grasp.  Heaven was real, and it was absolutely amazing.  Just being there would instantly cure any emotional injury or sorrow.  The people, and there was a multitude of people like a huge thriving city, were miraculously happy.  That is what I sensed, as if I were standing just outside of a fabulous nightclub where a bouncer was refusing to let me inside the VIP door.

I actually sensed the presence of some type of guardian, an invisible authoritative figure who was very gentle, yet very strict, who deliberately kept me from seeing the other side, telling me: It wasn’t meant to be.  It wasn’t my time.

I wasn’t angry about it.  For some reason, I just understood.

And that’s what I remember after quickly returning to normal reality.  Not all mysteries are meant to be solved in this lifetime.  Some are deliberately hidden from us, for our own growth.

Salvia for sale is available for purchase in our online store.