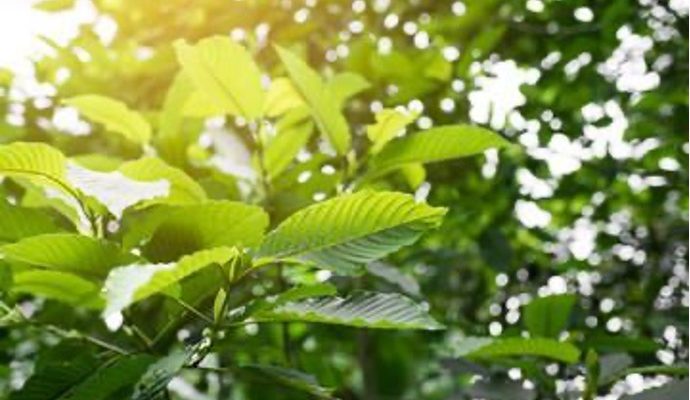 Kratom, scientifically known as Mitragyna speciosa, is a tropical evergreen tree that belongs to the coffee family and is native to Southeast Asia. The tree grows indigenously in countries like Malaysia, Indonesia, Thailand, Papua New Guinea, and Myanmar.

In countries where kratom grows indigenously, extracts from the plant have been used for thousands of years to treat several medical conditions, including pain and fatigue. The herb is noted for its stimulant-like effects, similar to those of coffee. When consumed, kratom extracts can stimulate your body and mind, giving you the energy you require to go about your regular tasks.

Kratom is also famous for its opioid properties. The herb interacts with the brain in a near-similar manner to many opioid drugs. But unlike conventional opioids, kratom presents fewer and milder side effects.

Read on and find out.

What Is Opioid Withdrawal?

Over the past few years, experts have continually suggested green hulu kratom as an effective remedy for opioid withdrawal. But just what is opioid withdrawal, and what are its tell-tale signs?

Opioids are a class of drugs usually prescribed for pain treatment. These drugs fall into two distinct groups, namely opiates and synthetic opioids.

Opiates are opioids derived from the opium poppy. Examples include opium, heroin, morphine, and codeine. On the other hand, synthetic opioids refer to opioid drugs developed in the laboratory, such as methadone, hydrocodone, and oxycodone. Regardless of their origin, opioid drugs deliver the same effects.

While opioids are somewhat effective in relieving pain, these drugs are also infamous for causing addiction and dependency. The National Institute on Drug Abuse estimates that between 26.4 and 36 million people abuse opioids worldwide.

Some of the early symptoms of opioid withdrawal include;

In severe cases, victims may experience the following symptoms;

Kratom to the Rescue

Kratom is promoted as an effective replacement for conventional opioid medications. The herb is also recommended for treating opioid withdrawal symptoms.

But that’s not all.

Kratom can also resolve many of the problematic side effects associated with opioid withdrawal, including abdominal pain and muscle aches. The active ingredients in kratom, including mitragynine and 7-hydroxy mitragynine, treat pain by binding to opioid receptors in the brain.

Kratom can also relieve anxiety and elevate your mood. When consumed, the herb induces mild euphoria. The process stimulates the secretion of feel-good hormones like serotonin and endorphins, allowing you to feel happier and rejuvenated.

Insomnia is another common opioid withdrawal symptom that kratom might resolve. Kratom is stimulating at low doses and sedating at high doses. Therefore, high kratom doses might help to shorten your sleep onset time.

Are these claims science-backed?

In this study, researchers administered morphine on rats, with doses ranging from 10 to 50 mg/kg twice a day over six days. The treatment process was discontinued on the 7th day to induce morphine abstinence to trigger withdrawal symptoms.

After evaluating the rats’ withdrawal score, it was established that rats that received doses of kratom demonstrated better morphine withdrawal symptoms compared to those that received buprenorphine or methadone. Researchers concluded that kratom might be an effective opioid withdrawal treatment.

Various other studies have corroborated the above findings. For instance, this experiment showed that mitragynine binds to mu- and kappa-opioid receptors in the brain in a manner that reduces the severity of opioid withdrawal symptoms.

Kratom is, unquestionably, a potential solution for opioid withdrawal. The herb can resolve many of the bothersome side effects of opioid withdrawal, including pain, anxiety, insomnia, and bad mood. Another thing to love about kratom is that it is a partial opioid agonist, which implies that it binds partially to opioid receptors. That makes it a possible replacement for conventional opioid drugs. However, it’s worth noting that kratom remains illegal in numerous countries around the world. Therefore, it’s essential to check your local kratom laws before using kratom-based products for opioid withdrawal (or for any other purpose).