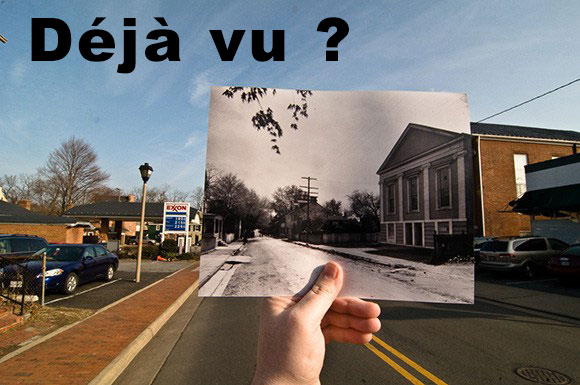 You’ve probably recently had a moment wherein you’ve stopped and realized that, in some subtle detail, it all seems familiar: the same person waiting in line for coffee, wearing the same shirt, or the same car passing you on the way to work every morning. What’s happening? Many claim they’re having a moment that English language doesn’t quite have a word for.

The term déjà vu – literally meaning “already seen” – was first used by the French philosopher and research Emile Boirac in 1876. Ever since, déjà vu has been widely described in music, literature and films – it could be as subtle as a white rabbit leaping back to its burrow.

In his novel “In Search of Lost Time,” author Marcel Proust described the sensation of déjà vu “I had just seen, standing a little way back from the hog’s-back road along which we were traveling, three trees which probably marked the entry to a covered driveway and formed a pattern which I was not seeing for the first time. I could not succeed in reconstructing the place from which they have been as it were detached, but I felt that it had been familiar to me once; so that, my mind having wavered between some distant year and the present moment, Balbec and its surroundings began to dissolve and I wondered whether the whole of the drive were not a make-believe.”

The odd sense of disconnect Proust describes is perhaps what makes the scene seem uncanny, eerie, startling, or exciting. About two-thirds of people will experience at least a single episode within their lifetime. It typically lasts only a few seconds, or minutes, but people remember the experience in vivid detail for years afterward. Déjà vu occurs in men and women in equal numbers. It happens more frequently in adolescents and young adults, and then tapers off with age.

The recent case of chronic déjà vu was unique, because the man was otherwise healthy, at least so says the co-author of the study, cognitive neuropsychologist Chris Moulin of Pierre Mendes-France University, based in Grenoble. “There was nothing wrong with his brain or memory,” says Moulin. “There was no neurological damage.”

The subject experienced déjà vu on a daily basis, far more than the usual once or twice a year. Sometimes it lasted for up to 30 minutes. The scientists who worked on the study, which was published in December of 2014 in the Journal of Medical Case Reports, believe the cause could have been anxiety. The more he worried about it, the worse the problem became, says Moulin.

A ‘GLITCH’ IN THE SYSTEM?

“Déjà vu occurs when people have the sensation of memory without the presence of memory,” says the psychologist Dr. Akira O’Connor of the University of St. Andrews in the U.K. The “mismatch” hen something new feels familiar results in a “false familiarity.” 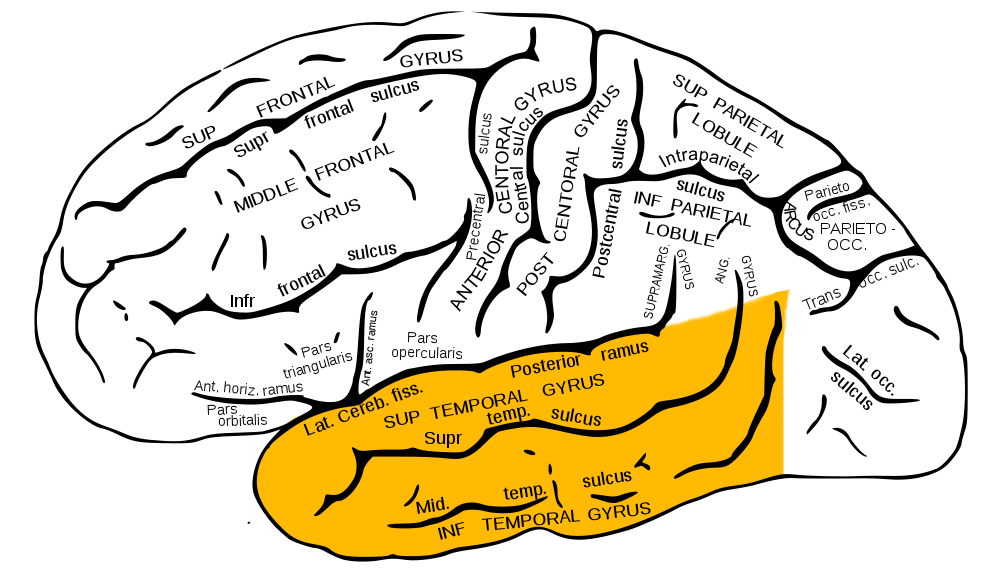 “We are using memory all the time,” says O’Connor. The brain is constantly creating connections and integrating information, but we are seldom aware of it – until something goes wrong. A “glitch” in the system – misfiring in the temporal lobe – could be the cause. “The brain is signalling that something should be familiar when it is not,” says O’Connor. This is comparable to the neural misfiring that occurs in epilepsy, and it could be that the same mechanism triggers déjà vu in healthy people.

O’Connor has experimented with eliciting déjà vu in the laboratory. All subjects attempted to solve a unique puzzle while hypnotized. Some were given a posthypnotic suggestion to be amnesic about the puzzle, while others were told that the puzzle would later feel familiar. During a post non hypnotized session, five of six subjects in the familiarity group experienced a strong sense of déjà vu when encountering this puzzle, whereas none of the six subjects in the amnesia group felt strong déjà vu. More recently, he has been using computerized tests and functional MRI. Although it’s still in its early stages, he says the research might allow scientists to reliably pick apart which regions of the brain are actively producing the déjà vu effect.

A second hypothesis has been proposed by Dr. Anne Cleary cognitive psychologist at Colorado State University. Déjà vu is commonly associated with places, and Cleary believes that cues in a new environment may resemble those in an old one. Thus a genuine sense of familiarity may be caused by similar spatial layouts in different places (e.g. hotels, airports, highways). She has devised a 3-D virtual reality experiment in which people encounter the same structure in various scenes within a village (called a “déjà ville”).

HAVE I DREAMT THIS BEFORE?

More than 30 scientific theories have been put forth in an attempt of explaining this puzzling phenomenon. None of them have been proven; nor do they necessarily rule each other out.

One obstacle to research is that déjà vu is difficult to produce in a lab setting, says Moulin. Déjà vu is transitory. There is no method for evoking it consistently and reliably. And self-reports are subjective. “When different people say they have déjà vu, it is difficult to know if they are describing the same experience,” says Moulin.

A number of memory illusions may be related to déjà vu. Jamais vu, to start off, is the feeling of looking at something for the first time when in fact it is familiar. Déjà entendu refers to the distinct sense of having heard something already, such as a piece of music or a new voice. Déjà su means something already known (intellectually). Déjà pensee means having thought something. Déjà senti refers to having felt something previously.

Given that there is no simple explanation of déjà vu, and other memory phenomena, some people believe in mystical or spiritual causes, such as evidence of past lives or predictions about the future. Déjà vu have been reported by users using Salvia divinorum. On Erowid.org a user described his experience” I’ve been here, played out this exact moment before. Maybe once, maybe a thousand times. What’s going on? I’ve had deja vu before–this exceeds any deja vu feeling I’ve ever had before. But this extends beyond the current moment, now I’ve lived this life a hundred times, a thousand times…who knows? Certainly more than once. ” says the anonymous user. Salvia may vary well affect the temporal lobe of the brain, and would be a logical explanation for users reporting déjà vu moments. Some believe that Salvia allows you to access your subconscious mind. Your subconscious mind is believed to hold memories of past and future lives and be able to access a higher plane of being. Scientists generally reject such notions, but that does not mean that déjà vu itself should be dismissed.

Déjà vu is often accompanied by a sharpening of the senses and increased awareness. As such, it could be a chance to take note of a situation or place. There could be opportunities for discovery. Or maybe the brain is signalling that there is something worth revisiting. Déjà vu can also be triggered by a dream, salvia use, mediative state, or imaginary experience.

Feelings of intuition can be useful in creativity and problem-solving too. Finally, déjà vu might serve as a reminder of the human ability to imagine oneself in past or future situations, refine memories, and reconstruct one’s experience of the world.

It’s been more than a decade since Moulin first encountered a patient with chronic déjà vu. That patient also had dementia. However, Moulin believes that various sources for the occurrences – not only anxiety – may still be identified.

The recent reports of persistent déjà vu may have been rare, but it was followed by a flurry of responses. “People from around the world have contacted us,” says Moulin. “Many say they had the same experience during their 20s and that it resolved spontaneously.”

Scientists hope that studying déjà vu will further the understanding of memory and consciousness in general. Knowing how memory is organized and stored in the brain could be useful for retrieval purposes, for instance. Research on the brain and cognitive processes may also yield clues that could be used in trading neurological dysfunctions.

“Déjà vu is so complex” says Moulin. “If we could uncover the difference between déjà vu and other memory experiences, we could gain a better understanding of many other problems along the way.”