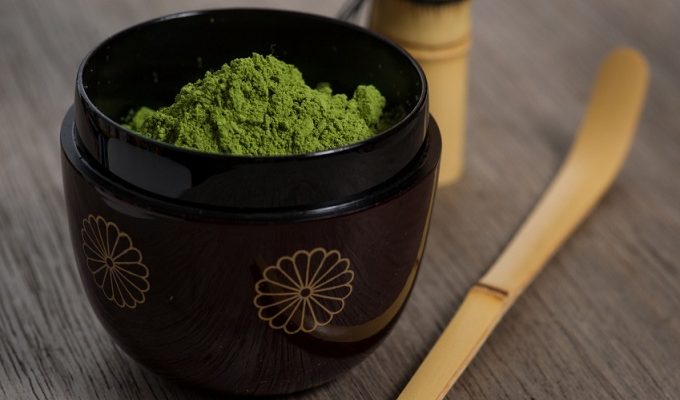 What is Maeng Da? Many people have been using it since the ancient times as a medical remedy and nowadays it is well known for its medicinal properties as well as an opioid. Are you looking to find out about users experiences, possible side effects or addiction danger. The following article is an extended research of information from scientific papers, blogs and forums, written in a simple way in order to help you get an unbiased idea about Maeng Da.

All around Maeng Da: An extended research of user’s experiences

There is plenty of information online about Mitragyna speciosa Korth, commonly known as Kratom, a drug made from the leaves of a tree that has activity at opioid receptors. Although it has been used as a remedy since the ancient years in several Asiatic countries, the last years it has become easily available via the internet and has been known mostly for the therapy of chronic pain, as a drug of abuse, as well as a means to reduce opioid tolerance. Among the different strains of Kratom that are available, Maeng Da is well known as the most powerful one.  Maeng Da has three different varieties, the green, the white and the red. However, trying to find which strain is the best one to use, for what purpose and at which dose it is really confusing. There are numerous websites, forums and blogs that write about Maeng Da user’s experiences, as well as about several ways of preparing it and consuming it. Here we tried to summarize not only the medicinal benefits of Maeng Da, but also its hidden dangers as well as the effects that it had to the health or the psychology of several users.

The debated properties of Kratom

Starting with the medicinal properties of Kratom and as mentioned in previous articles1.2 and scientific studies3-6, it is well known for its pain relief/analgesic action, for minimizing the withdrawal symptoms of both opiate addiction and alcoholism, for boosting the immune system, for giving the sense of euphoria, as anxiolytic (Anti-anxiety), anti-leukemic, anti-inflammatory, anti-malarial drug, for fighting depression and insomnia, for the enhancement of concentration, or even for lowering the blood sugar content. However, there are quite some studies, articles and forums that talk about hepatotoxicity7,8, pulmonary or kidney injury9, cardiotoxicity10, thyroid injury11 or even seizures and coma12. Altogether, available data currently suggest both, a therapeutic as well as an abuse potential of Kratom.

The effects of Maeng Da vary due to several factors!

Focusing again on Maeng Da and, keeping in mind that it is a plant that contains more than 40 different alkaloids, as well as depending on where and what season it was harvested, its content in active biochemicals may vary a lot. Furthermore, depending on the body weight and the physical condition of each consumer as well as on the dose and the preparation method of Maeng Da the effects can be different from person to person. According to experimental data in mice13, Mitragynine the main indole alkaloid of Maeng Da, appears to be relatively safe at lower doses (1–10 mg/kg) but induces signs of toxicity after prolonged exposure to higher doses (sub-chronic 28 days: 100 mg/kg). In Table 1 there is a summary of the effects of the main alkaloids in Maeng Da according to several scientific studies.

Table 1. Summary of the effects of the main alkaloids in Maeng Da (modified from Hassan et al. 2013).

As we can notice from Table 1 and as it is also known from publicly available data, Maeng Da has many therapeutic uses and has been used for its medicinal properties for a long time. For instance, in Malaysia and Thailand, the leaves were and are still traditionally used to treat intestinal infections, muscle pain, to reduce coughing and diarrhoea14-19. Furthermore, the replacement of morphine from Kratom in addicts during detoxification in treatment programmes has been described from Norakanphadung since 196620 although it is important to mention that Kratom has weaker effects than morphine with a shorter duration. Another interesting effect of Kratom studied from Kumarnsit  et al. in rats treated with M. speciose extract was the suppression of food and water intake as well as the reduction of weight gain21.

In 2014 two research groups from Malaysia and Germany, conducted a survey on 293 regular Kratom users from the northern part of Malaysia in order to measure Kratom dependence, withdrawal and craving22. They found that more than half of the regular users (above 6 months of use) developed severe Kratom dependence problems, while 45% showed a moderate Kratom dependence. Regarding the physical symptoms they noticed that most of the users commonly experienced muscle spasms and pain, sleeping difficulty, watery eyes/nose, hot flashes, fever, decreased appetite, and diarrhoea. Some users also reported psychological symptoms such as restlessness, tension, anger, sadness, and nervousness. It is also worth mentioning that the average amount of the psychoactive compound, mitragynine, in a single dose of a Kratom drink, used in this study, was 79 mg, suggesting an average daily intake of 276.5 mg. Regular users who consumed ≥3 glasses Kratom per day, had higher odds of developing severe Kratom dependence, withdrawal symptoms, and inability to control Kratom craving.

There are forums23-24 and websites that rate Maeng Da as the strongest Kratom strain and that users describe their experiences after preparing and taking Maeng Da in several ways such as toss and wash, in the form of tea or chocolate drink or in the form of powder or capsules. Some worth mentioning and well described cases are: 1) the consumption of 10g Maeng Da powder from a ~130lbs man, who was feeling the main effects of euphoria and high energy for about 1 hour, experienced side effects of nausea, nodding off and frequent urination and had the feeling of sedation afterwards and 2) the preparation of 2 cups of tea, containing 6g of Maeng Da powder from a woman of about 97.5kg who consumed it in about 10min. Within 20min she had a strong sense of euphoria and felt more extroverted and talkative. Later the euphoria faded out into a relaxation feeling for about 1 hour.  Green Leaf Kratom23, a website that sells Kratom, has also created a rating of the effects on the energy level, sedation, pain relief and grid with a scale from 1 (lowest) to 10 (highest) according to user’s experiences and we have summarized these data in Table 2.

Table 2. Summary of the effects rating of the three different strains of Maeng Da according to GreenLeafKratom.com. 1 is the lowest and 10 the highest.

It has been recorded in many studies that users who take Kratom regularly and for long periods may experience escalated effects, aversive withdrawal effects and develop tolerance towards it22.  To avoid that people have developed several methods. One is called “Rotation by Effects” and is a method that involves using alternating strains types (e.g. Mon. – Sedating, Tues. – Stimulating, Weds. – Sedating). The other is the “Rotation by Vein Color” method which is similar to the above method, but involves rotating by vein color (e.g. Mon. – Red, Tues. – White, Weds. – Green). Moreover, Magnesium supplementation is another way to keep kratom tolerance low and finally, exercise seems to have a cumulative effect, meaning that the more someone exercises the less tolerant he becomes to Kratom, another potentially health benefit it may have.

How to use Maeng Da

Summarizing, all the above data indicate that the dose, the preparation method, the physical condition, the duration of the consumption as well as many other factors determine the effects that Maeng Da can have to each one or the addiction or tolerance that someone can develop towards it. Starting from lower doses, playing with different preparation methods, alternating strains and experimenting with yourself seems to be the safest way to use Kratom either for medicinal purposes or for pleasure. Hopefully, more scientific studies and more detailed users descriptions in several forums will contribute to the safer and better consumption of Maeng Da or even to the development of medicines specifically targeted for the therapy of several diseases.