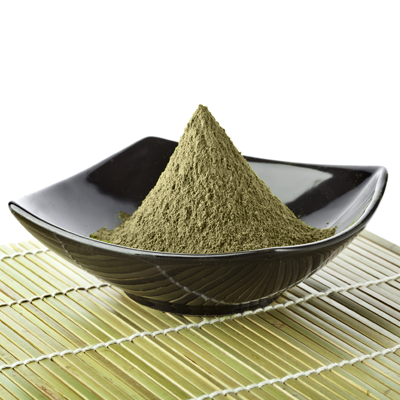 For thousands of years native farmers in Southeast Asia have benefitted from the vast healing properties of Mitragyna Speciosa; A.K.A. “Kratom” to the Western World. The mysteries of this local plant have been relatively unknown to much of the rest of us until recently; when America began seeing an influx of Kratom sales in the United States and started to witness the massive benefits this plant offers. With large pharmaceutical companies pushing new and improved versions of destructive and harmful medications, conscientious Americans have turned to this millennial old remedy as a healthier alternative; and for good reason.

Mitragyna Speciosa, or Kratom, is well known for numerous medicinal properties such as:

In addition to this grand list of medicinal properties; kratom has also been proven to possess a high vitamin content as well as being high in antioxidants. With an astounding resume such as this, one may wonder the downside. Well, there are none. Kratom has been proven safe to use, with no deaths or serious side effects reported to date. The FDA (Food and Drug Administration) and BEA (Botanical Education Alliance) both have been fighting back and forth to conduct scientific studies on the medicinal benefits; as well as to regulate sales and dosing. As with any supplement, the FDA actively seeks to validate claims of healing and to place kratom on a scheduled drug classification. As of now there are only a handful of states which deemed sales and possession illegal; but hopefully the lobbying by the BEA and other activists will reverse those decisions and put kratom back into the hands of patients in every state.

When purchasing kratom it is easy to become confused by all the different strains and names it is sold under. There are truly only three strains; Red Vein, Green Vein, and White Vein, as well as three main effect categories: stimulating, sedating and moderate. Each strain holds different amounts of alkaloids and have different benefits based on the part of the plant it is derived from and the manner it is harvested. All kratom will have at least two names associated with it; for example, Red Borneo, Green Malaysian or White Bali. The first name distinguishes the strain, or part of the plant it is taken from, followed by the region it was grown in. Indonesia, Vietnam, Malaysia, Borneo, Sumatra, Java, Bali, and Sunda Isles are a few of the major areas where mitragyna speciosa are native to.

When searching for a strain that is known for its pain-killing attributes, look for a red vein. The reason kratom is highly effective for pain relief are its two primary alkaloids: Mitragynine and 7-OH-mitragynine. These alkaloids have agonist activity at mu and delta opioid receptors; which effectively weaken the body’s perception of pain. Leaf alkaloid content varies from strain to strain; however the following have been proven most effective among consumers:

For anxiety, a Borneo strain is most desired. A Borneo strain has a subtle, yet powerful effect on destroying anxiety while promoting better sleep and is considered a more sedating strain. Other strains which have proven to be effective are both Red Indo and Red Bali. White Veins are excellent for combatting depression, and Thai, Maeng Da and Green Malaysian seem to be the favorites among kratom connoisseurs. Due to the immunostimulant alkaloids such as Isopteropodine, Isorhynchophylline, Isomitraphylline, and Mitraphylline found in kratom, many have learned to supplement it into their daily routine to boost their immune system from the common cold, flu, and even more serious conditions. For energy and focus both green and white vein are notably beneficial in a strain of Malaysian, Thai and Maeng Da.

It should be noted that alkaloids vary from plant to plant and strain to strain, so there is no set way to determine actual dosing amounts, or exact properties of each. As an active user and advocate for kratom, I use the rule of “less is more” even after two years of benefitting from its use. One to Two grams several times a day has been my personal dosage, yet individual results may vary due to each person’s own tolerance level and health. Even though no serious side effects have been reported, taking too much kratom at once has been known to cause nausea and intense headaches.