Home » A Beginners Guide To Kratom 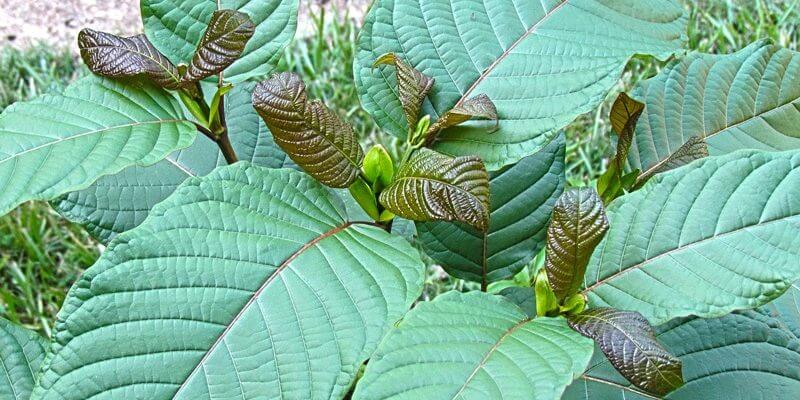 This guide was created for informational purposes only. It is not intended to be medical advice and should not be taken as such.

Kratom, also known as Mitragyna Speciosa, is a large tree in the Rubiaceae family. It is native to Southeast Asia and has been used as an herbal drug for many years. Dutch colonial botanist Pieter Korthals is the first person to document this amazing tree.

The leaf of the tree is what everyone wants to get their hands on as it contains mirtragynine, which was originally used for its medicinal and ethnobotanical properties. These days, however, indigenous people have started using it as a pain killer, sedative, anti-diarrheal and stimulant.

Though there is no clinical data to back it up, some believe Kratom has the same affect on the brain as an opiate.

How Is It Taken?

In Southeast Asia, the native region of Kratom, the leaves of the tree are often chewed fresh. And while dried leaves can also be chewed, they are a bit tough and difficult to swallow. People will, therefore, crush them up or powder them to make it easier to swallow.

Powdered Kratom is the most popular form of Kratom due to how quick and easy it is to mix and drink. It is also a lot stronger than crushed leaves because it only consists of the parts of the leaf with the highest amounts of active alkaloids. 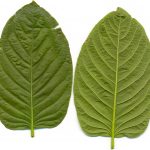 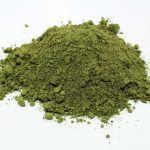 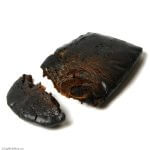 Two other common forms of Kratom are Kratom extract and Kratom capsules. Kratom extract is concentrated and provides a very strong and enhanced effect. Kratom capsules, on the other hand, are just ingestible capsules that have been packed with Kratom powder. It’s the most convenient way to take Kratom

This is one of the most common questions asked when it comes to Kratom. In the United States Indiana and Vermont are the only two states that regulate Kratom and its use. In all other states it is legal to produce, distribute, buy and sell the herb without a prescription or license.

If you plan on selling it as a supplement, all sales must conform to supplement laws, which are very loose in the United States. If being sold as a food or drug, the FDA will regulate all sales.

Given that laws change on a regular basis, it is your responsibility to make sure you are using or distributing Kratom within the confines of the laws in your area.

There are 3 main types of Kratom–Red Vein, White Vein and Green Vein. While most people think White and Green Vein are the same, in truth they are not.

White Vein is white or beige in color and Green Vein is Green. The problem is most consumers are confused due to vendors rebranding traditional strains with new, and more exciting names. No matter what type of Kratom you get, it will all be either Thai, Malay, Indo or a combination of the three.

When Kratom is taken as is and without being mixed with other substances, the biggest risk will be falling asleep. You should, therefore, avoid driving, operating heavy machinery, or engaging in any hazardous activity while under the influence of Kratom.

If you are pregnant or nursing do not take Kratom, or any other drug for that matter that has not been prescribed by your doctor.

When used in a responsible manner, Kratom is not habit forming. There has been no documented risk of dependency in those who use the herb in moderation. Kratom is not something you should take on a daily basis, as doing so could lead to dependency and an addiction that can be very hard to break.

As with any type of drug or stimulant, when Kratom is used for a prolonged period of time it can become habit-forming. That’s why it is so important you use self-control. If you know you are prone to addiction, you must use common sense and avoid abusing Kratom.

What Are The Effects Of Using Kratom?

This is a result of the alkaloids, which is known to have been contained in Kratom and the manner in which they affect each individual’s brain. How Kratom personally affects you will depend on several factors including but not limited to your tolerance level, your physiological makeup and your current body weight.

As sedative individuals may experience a lower sensitivity to pain, euphoria and extreme relaxation, if Kratom is used in excess you may end up sleeping for an extended period of time.

Can Kratom Lead To Health Issues?

While there have been some reports linking Kratom to certain health issues, all of them were in cases where additional illegal substances were also used. There has, therefore, been no conclusive evidence pointing to Kratom in and of itself as the cause of any health issues.

Unless you are consuming extremely large quantities of Kratom, the chances of health problems becoming an issue as a result are very unlikely.

In Thailand a large portion of the population uses Kratom on a daily basis. The biggest issues they face tend to be weight loss and withdrawal symptoms, which only occur when individuals stop using the herb too abruptly.

Some of the withdrawal symptoms experienced with the use of Kratom include runny nose, crying for no reason, muscle jerking, irritability, diarrhea and muscle aches. If you are an occasional user you will more than likely not have to deal with withdrawal symptoms.

As with any drug or medicine, moderation is always key. And though uncommon, in some cases individuals may have an allergic reaction to Kratom. If you take too much Kratom your body will reject the substance and get rid of it through forced vomiting.

This is your body’s way of protecting itself.

As with all things, when taken Kratom it is best to err on the side of caution. It is, therefore, recommended you take Kratom no more than twice per week. If at all possible, limit your consumption to just twice per month: this is the safest option. Limiting use to just twice per month will ensure you don’t become dependent on the substance.

You must avoid combining Kratom with large doses of caffeine, yohimbine, amphetamine-like drugs and cocaine, as doing so could lead to over stimulation. You should also avoid combining it with any drugs or substances that depress the nervous system. This would include but is not limited to alcohol and opiates.

When you combine alcohol and opiates with Kratom you put yourself at risk for death as your respiratory system may become depressed, which can lead to slow breathing.

While the combination of MAO inhibitor drugs and Kratom has not been studied, it is recommended you avoid this combination as it has the potential to be fatal.

Some users have reported certain combinations to be both safe and pleasant. For example, you can combine Kratom and ordinary tea with no problems. There are also some users who have reported using cannabis or smoking tobacco in combination with Kratom. If you choose to try this, please be very careful as you may nod off and cause a fire.

How To Cultivate Kratom

You can purchase Kratom plants from a variety of online sources. You can grow Kratom as a houseplant, which makes cultivating it very easy: just be careful, as it can grow quite large.

For best results grow Kratom in a humid environment. If you are using a potted plant you can grow it outside when temperatures are humid and warm. Just be sure to bring the plant indoors when the weather starts to change.

Potted Kratom plants need to be fertilized every 2 to 3 weeks. If you are not actively growing Kratom there is no need to fertilize the plant. And if you live in a tropical climate you can grow Kratom outside all year long.

Where To Buy Kratom

With Kratom becoming so popular more and more online merchants are starting to sell it. The problem is not all online merchants can be trusted, as some have been selling bogus Kratom to unsuspecting users.

Online Kratom sells organic Kratom and offers visitors a new Kratom special every week. If you are a first time buyer you can use coupon codes with most sites and receive a discount on your purchase.